I do all my work by hand with the support of the women I trained. My dream is to expand my project and for everyone to know my work.

A woman named Amal Alsaies, Um Habib, was able to turn her life around by salvaging the financial status of her family from being in deep poverty to being self-reliance

According to Um Habib, her story began with the “hardships of living,” which she and her family of 6 sons lived in. This led her to work from the “roof” of her house in the Rusayfeh area, where she started with goods worth JOD10, which she sold to relatives and neighbors for JOD20.

The 48-year-old Alsace explains that 15 years ago, she went to Microfund for Women (MFW), where she received funding of JOD200 at the time, the equivalent of JOD1,000 these days, to start a fresh and frozen vegetables and fruits project from the roof of her home located in Rusayfeh area.

“Sweetheart Al Haara,” as her neighbors and community call her, says that she starts her day early in the morning, going to the central vegetable and fruit market (Al Hesba), to get fresh produce for her shop, which she works at in the afternoon, explaining that she then prepares various meals for “female employees,” for the nearby neighbors and relatives.

Amal also states that harnessing the new technology and offering discount and promotional prices the fresh and frozen produce through a WhatsApp group contains 400 loyal customers.

Alsace adds, “I am grateful to God, the support of her family, and the fact that the help and support of Microfund for Women” and with her determination to improve her living conditions, she was able, through her project, to buy an independent house and a shop in Rusayfeh area.

She also emphasized her strong relationship with Microfund for Women that’s started when she obtained her first fund back in 2004 and has repeatedly benefited from the financial and non-financial services provided by MFW.

Um Habib said that her business, which insists on using old scale because she believes it is a good omen and would bring her business more blessings. In which it imposes the use of the electronic balance and adopts the old “dome” balance for the “pond.” As of now, she provides job opportunities to 10 to 15 women during the seasonal times, especially in the mlokhyeh and olive harvesting seasons.

According to Amal, her project contributed significantly to the education of six of her children, with 3 of them working in the hospitality and food sector, 3 in school, and enhancing her social status as an employed woman and a part of as a member of charitable organizations.

She says that her motto always has and will always be “the ship which has God by its side, will never sink,” so she is always keen to have the satisfaction and confidence of her clients, who express their level of satisfaction by praying for her and her family.

She ended her interview by advising all women:” do not wait for someone to come and solve all your problems, you need to work on bettering yourself because no one else would do it for you” She says she loves her work and that it has earned her a lot of qualities such as self-confidence, hardworking, patience, and hope. 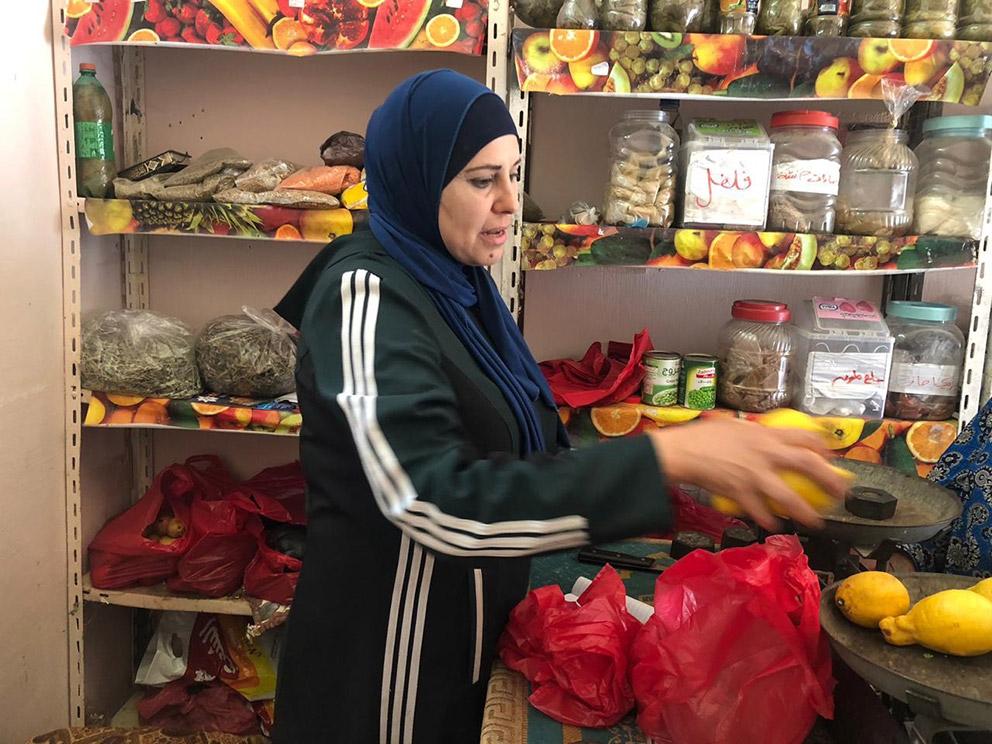