I came to Jordan 11 years ago and I had no relationships here at all… MFW supported and motivated me to develop and start new projects. 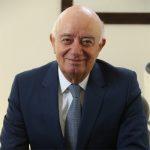 Ghiath Munir Sukhtian is a leading entrepreneur who has built several regional and international businesses over the past 50 years in different fields, such as pharmaceuticals, agriculture, telecommunications and contracting, and he is an active in philanthropist in Jordan and Palestine. 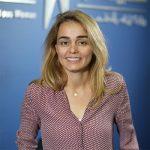 Muna Sukhtian started her career as a management consultant in the United States, and returned to Jordan to work in her family’s pharmaceutical business. With a passion for social service, she then served as Chief of Staff to Her Majesty Queen Rania Al-Abdullah.

She is currently the Vice Chair of Microfund for Women (MFW), a not- for-profit company that primarily serves low-income women who are unable to access the services of conventional financial institutions. Today, MFW has around 750 employees who serve around 150,000 beneficiaries, 96% of them women, through 61 branches across Jordan. The organization has received many regional and international awards.

Muna Sukhtian is a board member at GMS Holdings and Sanadcom for Business Finance. She also serves on the Board of Trustees and as a board member for different developmental institutions in the fields of education and youth support in and outside of Jordan: Crown Prince Foundation, Queen Rania Award for Excellence in Education, Abdul Hameed Shoman Foundation, Women’s World Banking (USA) and Al Taawon (Welfare Association- Palestine). She is also a member of the Royal Committee to Modernize the Political System in Jordan.

Muna Served previously on the board of: Greater Amman Municipality, CGAP Affiliated with the Word Bank, Queen Rania Teacher Academy, and The Royal Film Commission.

She holds a bachelor’s degree from Harvard University and MBA from INSEAD. She lives in Amman with her husband and three children. 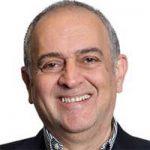 Ali Al-Husry serves as a director of Hikma Pharmaceuticals PLC, the holding company for the Hikma Group, established in Jordan in 1978. Hikma Group has been listed on the London Stock Exchange since 2005. In 1989 he launched Hikma’s activities in Europe by establishing its subsidiary in Portugal. Mr. Al-Husry is a founder and Board Member of Capital Bank of Jordan, where he served as Chairman and CEO of the Bank from its establishment in 1995 until 2007. During his tenure as CEO of the Bank, Mr. Al-Husry expanded banking operations into Iraq through the acquisition of National Bank of Iraq, and was instrumental in leading the establishment of the Bank’s Investment Banking and Capital Markets activities.

Mr. Al-Husry is also an active philanthropist and Angel investor, spearheading the establishment of DASH Ventures, a multi-sector, multi-stage investment vehicle providing capital to high-growth startups and SMEs in Jordan and across the Middle East, serving as Executive Director. In 2008, he was the driving force behind the launch of Endeavor in Jordan, part of a global non-profit that is leading the movement to catalyze long-term economic growth by supporting high-impact entrepreneurs around the world. He served as Chairman of the Endeavor Jordan board and is currently on the Board actively engaged in mentoring several of its Endeavor Entrepreneurs.

Mr. Al-Husry is also involved with local and international NGO work. He recently joined the Middle East Advisory Council of Carnegie Endowment for International Peace and is a member of the Board of Directors for Microfund for Women. Mr. Al-Husry also sits on the Board of Trustees for Jordan University of Science and Technology. He previously served as a member of the Board of Trustees for The Jordan Museum, The Association of Banks in Jordan, The Institute of Banking Studies, and Al-Hussein Fund for Excellence as well as The Insurance Commission. 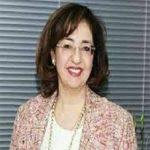 Ms. Reem Abu Hassan is a Jordanian attorney focusing on public policy, legislation and human rights.  Ms. Abu Hassan was the Minister of Social Development in Jordan from March 2013 until May 2016. The Mandate of the Ministry of Social Development (MoSD) includes social protection for vulnerable groups, poverty reduction, and regulating and empowering Civil Society.  The main beneficiaries of the services and programs of MoSD are the poor, disabled persons, the unemployed, the elderly, and victims of domestic violence, orphans and children of broken families, children in need of protection and juvenile offenders.  Before this ministerial post, Ms. Abu Hassan was the Secretary General of the National Council for Family Affairs (NCFA), a national body tasked with establishing policies to promote and support the family unit and to protect its members as well as advocating for early childhood development in Jordan.

A passionate advocate for the empowerment of women and the protection of children, she is currently the Honorary President of the Society for Protecting Family Violence Victims, a civil society organization working with juvenile girls in conflict with the law, and girls in need of protection as well as victims of domestic violence.

In 2006-2008, and as an advisor to the Minister of Justice, Ms. Abu Hassan established the Family Affairs and Human Rights Directorate at the Ministry of Justice.

A firm believer in proactive participation in public affairs, Ms. Abu Hassan served in the Jordan First Reform Initiative (2002), was a member of the Legislation and Justice subcommittee of the Jordanian National Agenda (2005), which aimed at devising Jordan’s reform strategy for the next 10 years.  She also participated in Jordan Together Reform Forum. (2006)

Ms. Abu Hassan is a founding and current member of the Jordan Chapter of the International Women’s Forum, and served as the President of IWF/Jordan for the period from 2006-2008.  IWF/Jordan is a non-governmental organization concerned with networking among women leaders and training young women leaders.  She was the chair of IWF Amman Cornerstone Conference May 2007. She sat on the board of the International Leadership Foundation (LF), the educational arm of the (IWF) after serving in the past as the Secretary of LF Board and the President of the Foundation.  Ms. Abu Hassan was instrumental in establishing the IWF chapters in Morocco, Turkey, Egypt and Lebanon. 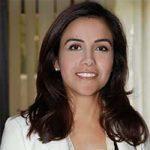 She is currently the Executive Director of Association of Queen Rania AlAbdullah Award for Excellence in Education, Jordan.

The Association was launched by His Majesty King Abdullah II in 2005, and today it is one of eight Royal initiatives of Her Majesty Queen Rania. The Association has the vision for an educational environment that fosters excellence, creativity and knowledge creation and mission to honor and motivate distinguished educators and disseminate a culture of excellence. She joined the Association as its first Director with complete responsibility to lead and manage all aspects of it.

Previously, Ms. Touqan worked as Business Development & Risk Manager in Jordan Training Technology Group - Rubicon, Jordan. Where she was involved in developing the e-curricula projects for the Jordanian Ministry of Education and started a huge animation projects with world leading animation houses such as Pixar.

She was also Partner in Charge for BDO Al-Jawad Management Consultants, Jordan and served as a Project Manager in the SME Component of JUSBP, Jordan US Business Partnership.

Ms. Touqan holds a Bachelor’s of Science in Business Administration from Bath University UK &Virginia University US and MBA from Lancaster University, UK. 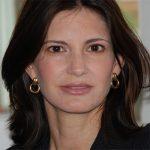 Iciar has 20 years’ experience in strategy and general management. Iciar was previously Head of Strategy at Bupa UK, where she contributed to the turnaround of a portfolio encompassing the largest insurance company, Cromwell Hospital, clinics, and care homes. Prior to that, Iciar helped NHS hospitals and private equity investment firms grow and improve performance as a management consultant.

Iciar started her career at McKinsey & Co. (7 years). She has entrepreneurial experience as part of the founding team of FX-broker Ebury Partners, one of the top 100 fastest growing Fintech companies in Europe, and launched two successful corporate ventures as Head of Strategy at the Carbon Trust. 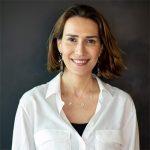 Fida holds a BA in Media from the Lebanese American University in Beirut in 2004 and a degree in Executive Business Leadership from Harvard University in 2014.

She received the EY Emerging Entrepreneur Award in 2013 and is a member of Goldman Sachs 10,000 Leader Women 2015.

Al-Taher founded the Zaitouneh Company, and Atabaqi Company, which is considered the largest digital cooking platform in the Arab world.

She is also the founder of Women in Business Arabia, which has about 40,000 Arab women, and a board member of a number of private sector companies and foundations, serving in many women empowerment and entrepreneurship promotion initiatives and foundations.

Al-Taher was chosen as Jordan’s ambassador for Women Entrepreneurship International Day in 2013 and for 3 consecutive years.

She currently works as a consultant with few startups and is trying to expand Women in Business Arabia, and is exploring future project opportunities. 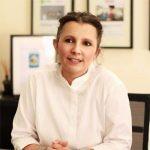 Nedjma Koval-Saifi, Ph.D. ABD is a development specialist and founder of Integrated International, a leading learning-specialized firm serving the MENA region. With a passion for seeking innovative solutions that can leapfrog development, Nedjma actively supports the development of the evidence base for technology-based solutions, custom-tailored to local populations and contexts, to advance new ways to tackle educational and labor market challenges in the MENA region.

She is a Board Member at the Abdel Hamid Shoman Foundation, where she is committed to AHSF’s social innovation agenda.

She is also a Board Member at Mostaqbal Engineering, the Royal Marine Conservation Society, and Board Member at the Microfund for Women 2002-2008; and 2020 – present. She holds a Ph.D. (ABD) and MALD in Development Economics from the Fletcher School of Law and Diplomacy at Tufts University, and a B.A. in Economics from George Washington University, and graduated from the Sidwell Friends School in Washington DC. She is the very proud mother of twin boys: Kiyan and Teymour, and wife of Sharif Saifi.