With a small plan, I could support my family, and through Microfund for Women’s platforms, I was able to market my business to expand it and help more families in need.

In the age of fast and fusion food, many traditional recipes started to be forgotten; this is why Rawan AlTawahi took it upon herself to revive the traditional Jordanian heritage and document its authentic cuisine and publish it on her Youtube channel.

Altawahia took advantage of the lockdown implemented by the government during the early days of the pandemic to manifest. Her idea and harness the power of technology and social media to revive the rich Jordanian heritage. The closure of restaurants, sweets shops, and fast-food joints during the lockdown had provided an incentive for them to document and publish old recipes long loved by many locals of all ages.

She points out that many homemakers who did not help their mothers in the kitchen at an early age turn to Internet recipes and YouTube videos when preparing their family’s meals. Most of which are recipes for not well-known foods that do not agree with everyone’s pallet and taste preference.

Rowan, 33, argues that the idea of her project has evolved from the adoration of present generations to “the unique taste of grandmothers’ cooking and the possibility of preparing these meals with a new and innovative twist that is compatible with the tastebuds of this generation.”

During her interview with Petra, she points out that she began filming short videos summarizing the origin of the popular recipe, the way it was prepared, and the reason it was named. After that, she started uploading these videos to her channel, called Our Heritage, on YouTube, to which she started sharing it on more social media platforms.

Rowan explains that it was not until she obtained funding from Microfund for Women in the amount of JOD1000 that she could buy the various tools needed for the project and the traditional attire required for the project.

During the interview, she highlighted the main challenges and difficulties she faced in achieving tremendous success and prosperity in her project. Notably, the difficulty of finding partners to film more videos and the difficulty of documenting her videos, which had viewpoints ranging from 500 to 700, noting that she sought to establish a more robust knowledge of the traditional cuisine and culture surrounding food through her project and provide everyone with the opportunity to participate in preserving genuine Jordanian traditions and customs.

She hoped that the content of the videos she produced, with modest potential, would land her a deal to have her cooking show on TV, publish recipe books that would later be translated into English, and document popular food as part of the Arab heritage the region.

Rowan “Umm Zayd” sends a word of motivation to our Nashmeyat, calling on them to strive for their ambitions and not to succumb to difficulties and challenges no matter how hard they become, considering that “the success of women is the success of society as a whole.” 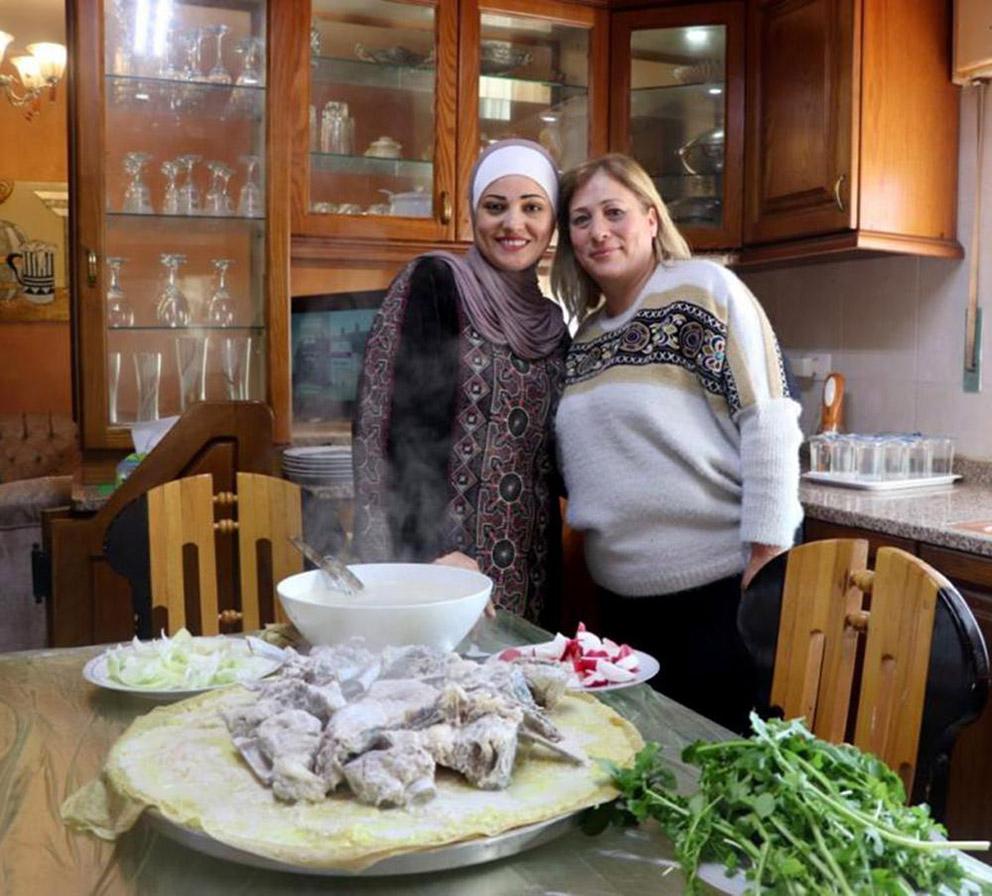