According to her, her story began with the “hardship of living,” as she put it when her family of 5 sons and daughters were living off her husband’s limited salary, who is working in a security body, which led her to sell dried wild herbs on a table she placed on a sidewalk of Jarash – Amman road.

Um Adham, 45, explains that nine years ago, she sought the help of Microfund for Women, where she obtained a 5000 JOD in funding; that is when she started expanding her business from the sidewalk to a humble shop.

She continued by telling how she started selling essential foods from various products, such as dairy products like cheese, labneh, ghee, and vegetable products, like olive oil, thyme and freekeh, summaq, olives, and other natural and healthy products.

Um Adham adds that thanks to God, the support of her family, and how Microfund for Women stood by her side, adding her tenacity and determination into the equation to improve her living conditions. She built a shop above it; she built a house for her family on Amman-Jarrah road.

She added that her long-rooted relation with Microfund for Women started back in 2011when she obtained her first funding. Throughout the years, she continued to benefit from financial and non-financial services provided by MFW, primarily free participation in bazaars, one of which, according to her, achieved an unprecedented sales profit of over 10,000 JOD.

According to Um Adham, she worked with her children and some of her nephews on the four projects. At the same time, her only daughter has enrolled in university and is now finishing her studies in agricultural engineering to manage the arboretum after graduating. In addition, it is worth mentioning that she provided job opportunities to more than ten women relatives and neighbors in seasonal work such as olive harvesting season, and summaq, etc.

She expressed her pride in the 2018 victory when she won the City Bank Micro-entrepreneurs Award, which, in her words, “Microfund for Women lit my way into winning this award.” 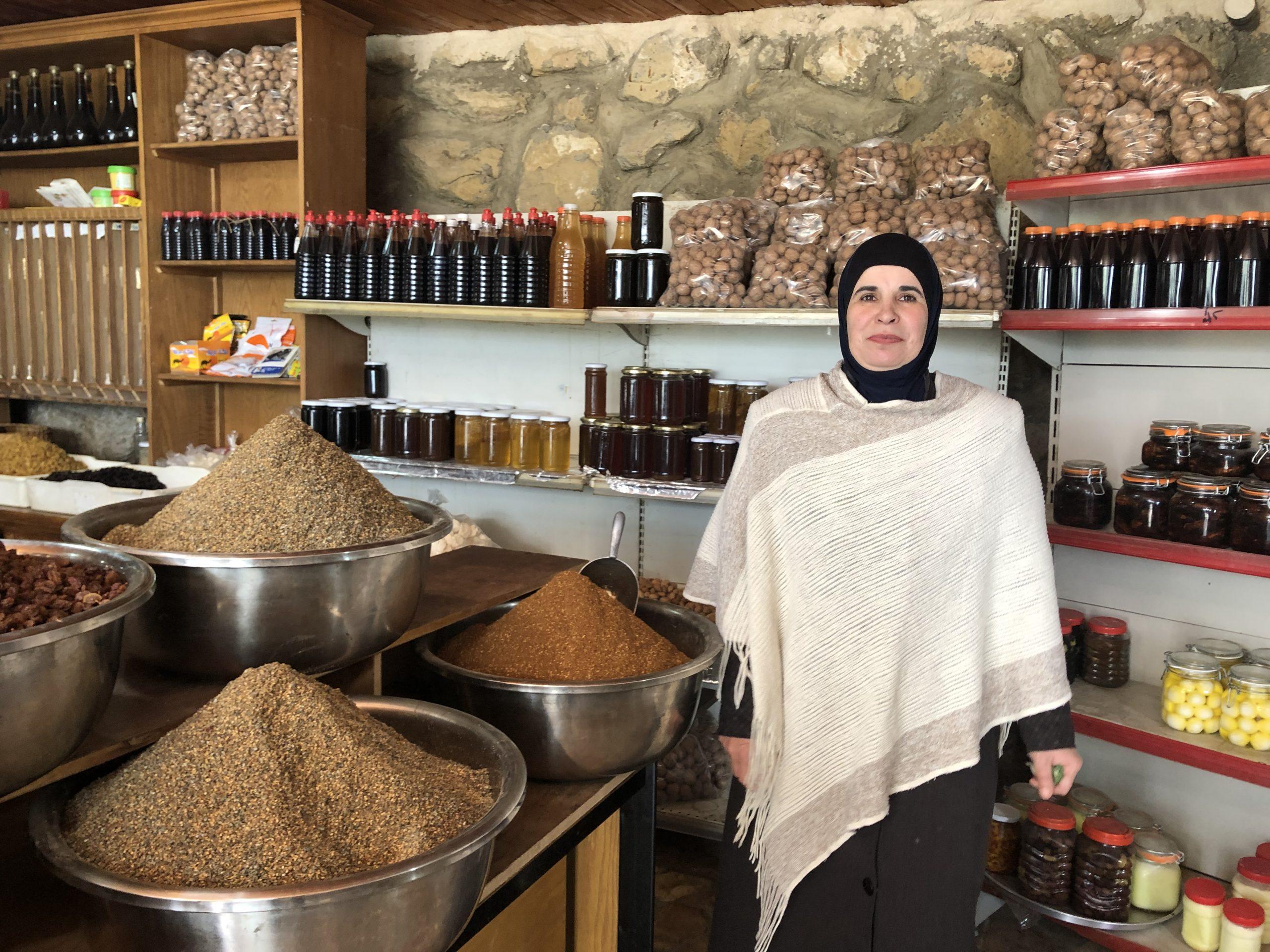