Queen Maxima of The Netherlands on Monday praised women entrepreneurs in Jordan, saying they set an excellent example of success to other women.

Queen Maxima made her remarks to reporters following a meeting with one of the women entrepreneurs in Salt who manages a traditional guest house through the Micro-Fund for Women (MFW).

The MFW offers a range of loans to encourage women’s economic development, as well as life insurance and health insurance policies.

“It is extremely important that more women are independent and the examples of successful women entrepreneurs in Jordan are wonderful and an important example for other women,” said Queen Maxima, who is on a three-day visit to the Kingdom.

Little changes like these actually make a huge difference in women’s lives,” the queen added.

In her capacity as the UN secretary general’s special advocate for inclusive finance for development, Queen Maxima is visiting Jordan to follow up on projects for a number of organisations concerned with women and Syrian refugees.

“I am here to meet with financial service providers and clients to see, first of all, what are they stumbling with when they are trying to grow and really giving better and more services to people that are needed,” the queen said.

Queen Maxima maintained that “it is about giving services to a client, at the end of the day, that wants to improve their lifestyle and situation”.

“I am trying to learn from them what is it that they really need and which are the stumbling blocks to actually make a better life,” the queen said.

Since 2009, Queen Máxima has been working worldwide to make financial services accessible to all, including low-income groups and SMEs, with a view to increasing their prospects for economic and social development. Since 2011 she has been an honorary patron of the G-20 Global Partnership for Financial Inclusion (GPFI).

Queen Maxima said she was briefed by “on the regulatory framework and the things that still need to be done, the amount of work that has already been done and how to actually coordinate and cooperate further with many partners”.

“The idea is to ensure universal access and usage of financial services that will eventually have a positive impact on all Jordanians and all host communities that are living in Jordan,” she added.

Jordan, through the Central Bank of Jordan (CBJ), launched a national financial inclusion strategy in 2017 to improve access to financial services.

The percentage of adults in the country with access to financial services has risen from 24.6 per cent in 2014 to 33.1 per cent in 2017, according to CBJ figures.

The national strategy focuses on reaching people who do not yet have access to such services, with special emphasis on women, young people, low-income segments and refugees, according to a press release provided by the Dutch government.

The strategy also focuses on developing financial skills, consumer protection and research into how financial services are used.

During her visit, the Dutch queen also checked on a project for community-support committees, implemented by The Jordanian Hashemite Fund for Human Development (JOHUD) and financed by the UNHCR.

The queen was briefed on the aims, components and services it provides for refugees and host communities, the Jordan News Agency, Petra, reported. 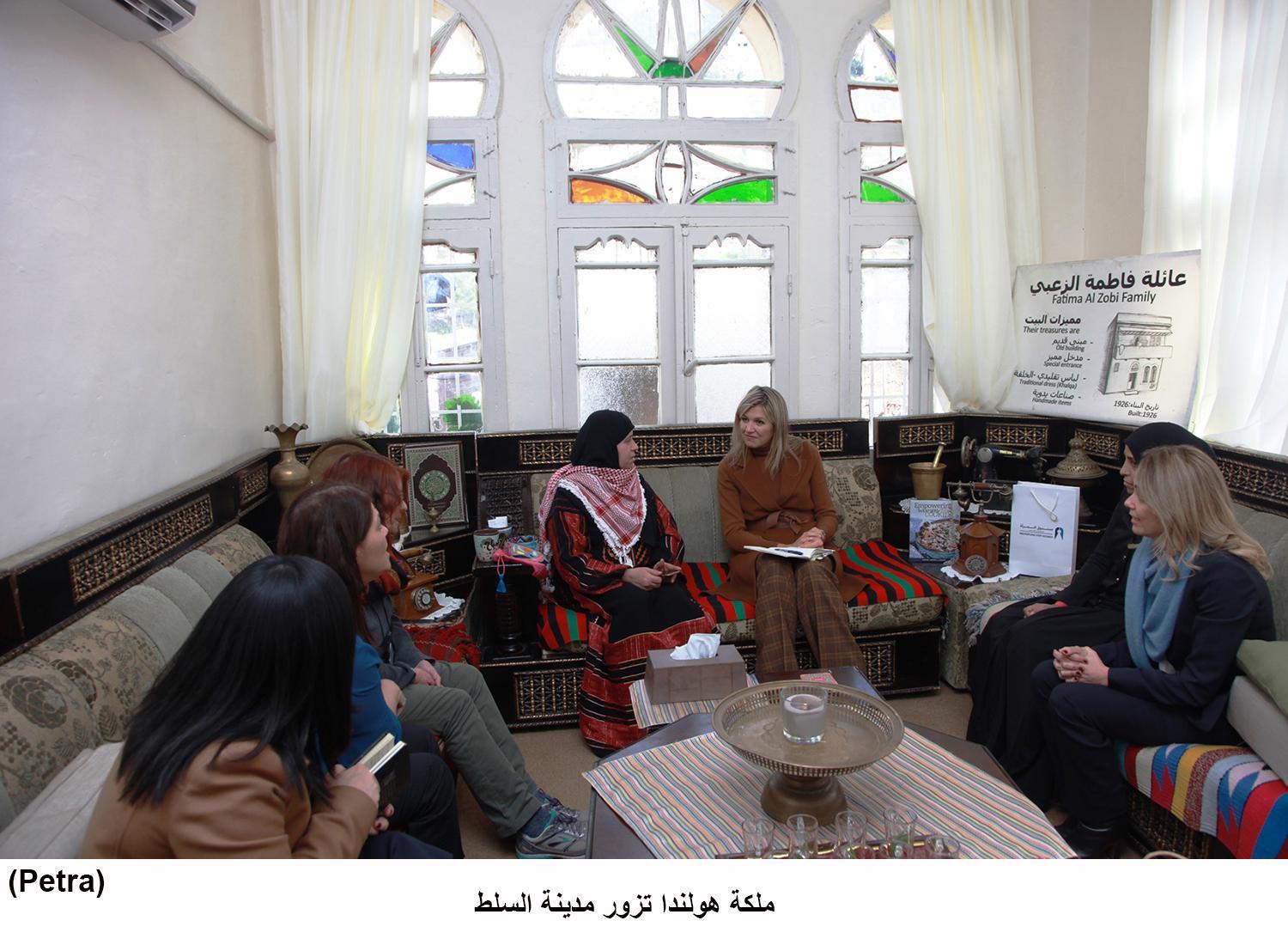