I used the loan I got from MFW to buy supplies in order to make my swings and sell my products. I rented a space as my project and customer base grew. I even have customers in the West Bank!

Microfund for women donates JOD50,000 for Ministry of Social Development

Microfund for Women (MFW) decided to donate 50,000 Jordanian dinars to the Ministry of Social Development to support the national effort to combat the Coronavirus epidemic and its ramifications.

According to a statement issued on Friday, a large portion of the donation came from MFW’s 743 female and male employees, who, after taking the initiative to contribute to the efforts forth put by our beloved country to the fight against the spread of COVID, by volunteering for several days of work and donating different amounts of money, totaled to 20,000 JDs.

Following the statement, the Chairman of its Board of Directors, Ghiath Suktian, had decided to strengthen the employees’ initiative, believing they are fulfilling their part as citizens by standing by our country during the current crisis that he had raised the amount to 50000 JDs. The amount would be a valuable and compelling impact to support and contribute to various national efforts by reducing the repercussions and effects of the current crisis we are facing.

In turn, the company’s Director General Muna Suktian said that the donations were part of a series of actions taken by MFW to support and backstop the efforts of the Government and its various institutions to protect Jordan and its people from the aftermath of the pandemic and to aid the most affected group, families with limited income.

Suktian confirmed MFW’s willingness and readiness to partner and cooperate with anyone who wished to help and assist the groups most affected by the COVID pandemic, particularly MFW’s beneficiaries, which depended primarily on limited daily incomes.

It is worth mentioning that Microfund for Women is a private, non-profit company that does not distribute profits at all according to its founding law and operates under the supervision and control of the Central Bank. 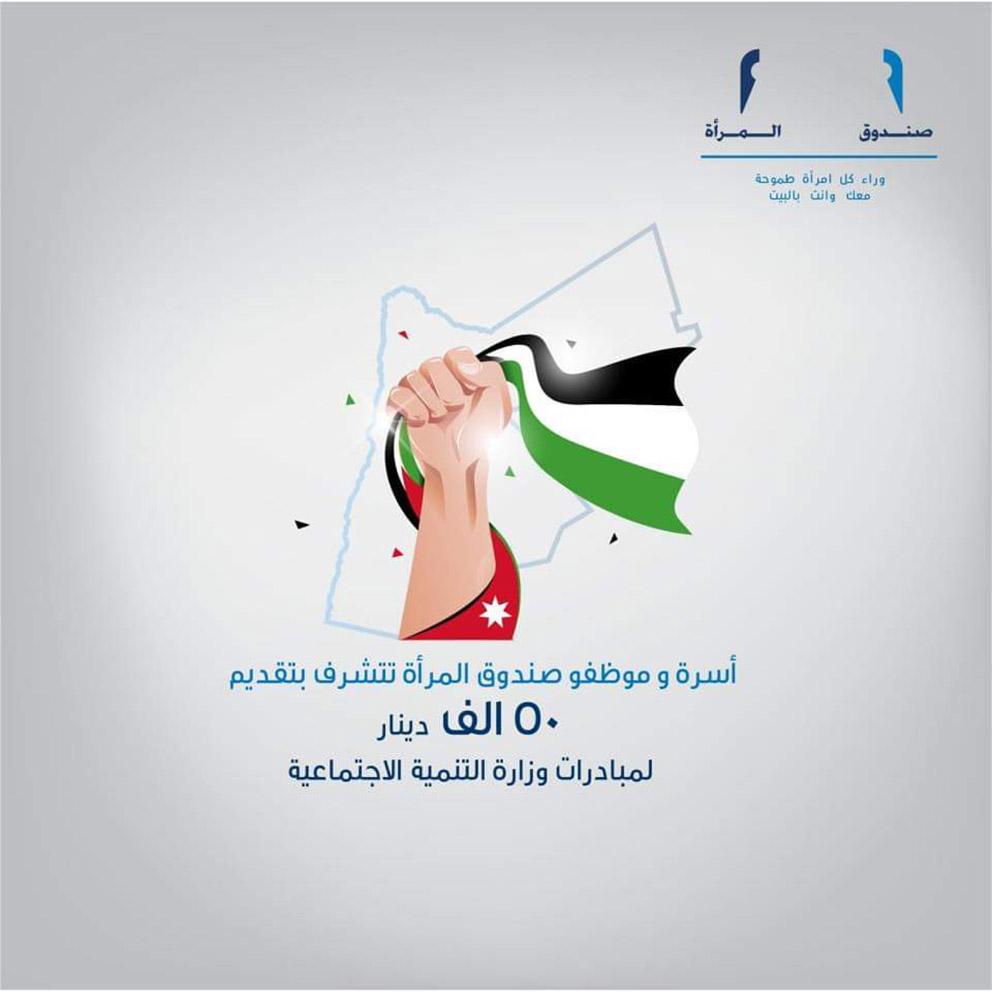