(Amman – Sunday, November 28, 2021) – Microfund for Women (MFW) celebrates its silver jubilee this year, marking its 25th anniversary of establishment. MFW was established with the purpose of empowering women socially and economically and to reinforce a woman’s role as an active and productive member of her community.

Lama Zawati, MFW’s Deputy General Manager, expressed the company’s pride in its successful journey of pioneering endeavors that has spanned over two and a half decades since its establishment in 1996, as a private, non-profit company, during which it provided many financial and non-financial services.

Zawati stated that MFW’s various and diverse services impacted Jordanian women positively; women that were able to harness their potential and translate their capabilities into successful achievements in various fields, especially on the economic level.

She emphasized that MFW’s efforts and achievements throughout these years were all dedicated to empowering women, however possible. An insight that instills a great deal of motivation in MFW’s team members to continue the company’s journey of generosity, expand its beneficiary segments, and increase its contribution to society.

Moreover, Zawati stated that over the past 25 years, MFW has granted 1,400,000 loans through its 61 branches spread throughout the Kingdom, amounting to about JD722 million.

She added that the number of beneficiaries of MFW–which operates under the supervision of the Central Bank of Jordan–reached about 1,269,000 beneficiaries, where the percentage of women constituted about 96%. As for Syrian refugees receiving MFW loans, there are 7,568 beneficiaries.

Zawati elaborated that MFW’s loans currently amount to about 63,000, the most significant proportion of which falls under TADAMOUN Group Loan, which amounts to about 75%, while 14% falls under TATWEER Business Loan, which aims to develop existing and ongoing projects.

Zawati also indicated that Microfund for Women is the first company to launch a microinsurance program (AFIYATUNA) in the Middle East, whereby MFW covers its beneficiaries’ medical expenses for every night they and their families spend at a hospital, intending to contribute to alleviating losses resulting from unemployment, pointing out that the number of female and male beneficiaries of AFIYATUNA Microinsurance Program currently stands at more than 353,000 beneficiaries.

She also added that the company launched ALTIBBI, an application that provides communication with specialty doctors for a medical consultation, easily and effortlessly. Furthermore, the number of ALTIBBI users up to this date reached about 47,000.

Besides, 2,500 beneficiaries have benefited from the AMANI Microsavings Program through which the company seeks to provide a service of saving a certain amount of money, for a secure and financially stable future for the beneficiaries and their families, according to Zawati, who indicated that the company also organized a number of free medical days and a series of awareness lectures in various health fields as part of its social responsibility efforts.

Zawati pointed out that MFW provides in-class and e-training courses in various fields through The Learning Academy, benefiting about 26,000 women. Moreover, MFW annually provides 10 full university scholarship programs to the beneficiaries’ children who have shown distinctive dedication. It is worth mentioning that the total number of granted scholarships is 59 so far.

Zawati also pointed out that MFW provides beneficiaries with networking opportunities, in addition to marketing opportunities for their products as well as developing these products to enhance their competitive advantage in the local and global markets through a series of non-financial services; the total number of which reached more than 126,000 beneficiaries.

She elaborated by saying that MFW is a pioneer in employing technology in most of its internal and external operations as well as automating many of its transactions. MFW distributed tablet devices to all its employees and opened e-wallets for its beneficiaries through which loans could be credited and paid. Also, MFW launched its mobile application to facilitate transactions and enable users to inquire about its services easily.

Zawati said that MFW is celebrating its silver jubilee through several activities, most notably the launch of the MOKAFATY Award, granting 25 interest-free loans through a weekly draw. In addition, outstanding beneficiaries who meet their payments without delay will be rewarded with special gifts; moreover, MFW will be honoring several beneficiaries by helping them improve their projects and homes based on certain standards.

MFW’s celebrations also include offering 6 full university scholarship programs to the beneficiaries’ sons and daughters that were accepted in Jordanian universities for the academic year 2021/2022. Besides, MFW will include a project to support senior citizen homes, the first phase of which will consist of providing in-kind, logistical and medical support to four homes.

According to Zawati, MFW will also launch the test version of WALAA Program which aims to support the company’s most distinguished beneficiaries by accumulating points based on the following criteria: the timely meeting of financial commitments and the number of loans. MFW will also launch a training program aimed at supporting the beneficiaries by providing training opportunities in craft and professional fields, which would qualify them to obtain a practicing license authorized by the competent authorities.

MFW was keen to dedicate part of its silver jubilee celebrations to enroll its beneficiaries in various exhibitions and bazaars–free of charge–now that such activities have resumed their operations after stopping in the wake of the pandemic, in an attempt by MFW to support its beneficiaries whose businesses and projects were affected by the repercussions of the pandemic.

Zawati also touched on MFW’s market share, which amounts to about 30%, noting that MFW employs about 700 employees, of whom 70%+ are females, a matter that reflects MFW’s national endeavor to consolidate equality of job opportunities in Jordan. 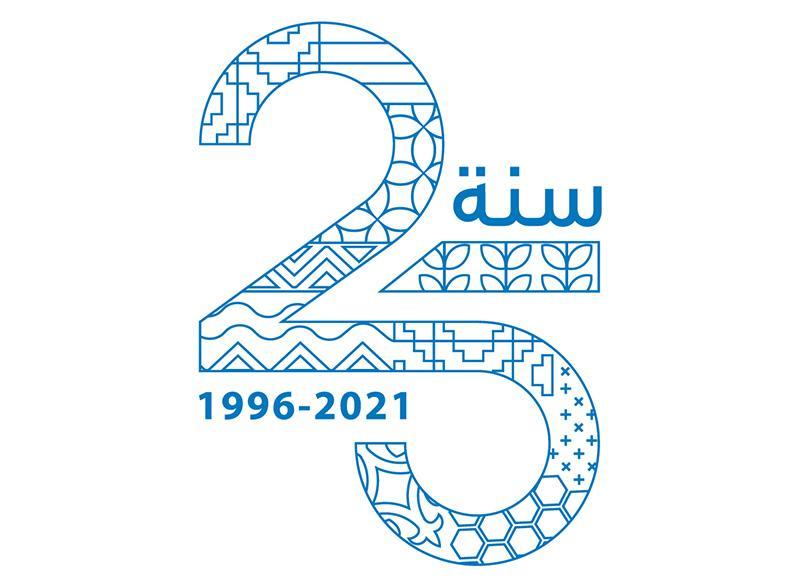