My love for kids was the reason I sought help from Microfund for Women to open my kindergarten. Thanks to God first and their support, my business is growing to more success.

Four tourism projects won the “Intilaqati tourism” Competition in As-Salt, organized by Microfund for Women, sponsored by SPARK, specialized in entrepreneurship development in developing countries with the support of the Dutch Ministry of Foreign Affairs and in collaboration with the ” Salt Development Corporation, and the “Tourism” project to promote economic sustainability in Jordan.

The awards for the tourism supporting competition were distributed at a ceremony held via a Zoom call at Salt Development Corporation today, according to the statement of Microfund for Women.

According to the statement, the competition supports promising initiatives and projects in emerging tourism areas, an already established project under 24 months, and tourism pilot projects in As-Salt.

Support for tourism projects in the city of As-Salt coincides with the Government’s efforts to support inbound tourism, especially after the damage caused to the sector following the Corona pandemic.

The winning projects are the hotel and restaurant “Beit Aziz” for its owner, Ibrahim Sevin, and is considered the first hotel and tourist restaurant in Jadaa of downtown Salt, where it provides tourist accommodations and traditional food and drink.

Another winner was The Balqis Hinna project by Balqis AlRamadania, an interactive henna drawing project that empowers young women and trains them to master the craft.

Second, to last, El Rozna, a project by Marah Al Masri,” inspired by the Abu Jaber Museum, and concerned with the revival of As-Salt heritage, teaching the traditional Mankala game, revive the traditional attire, and selling handmade crafts to tourists.

The last winner is the Al-Adal Al-embroidery project by Thaera Arabiat, which is concerned with the revival of Jordanian heritage by decorating Shemagh with tassels and traditional attire provides training opportunities for women of the community in As-Salt.

The winning projects obtained funds by Microfund for Women without administrative fees and training programs, which raise the competence of entrepreneurs and provide them with the personal, managerial and technical skills necessary to develop their projects, which will be pursued periodically will help them network and marketing.

The 24 entrepreneurs were subjected to a 14-day training camp, covering a range of diverse and relevant topics in the field of start-ups and pilot projects, from the idea of a project to the preparation of economic feasibility for each project, under the supervision of specialized trainers from a training company, as well as providing trainees with the knowledge, skills, and techniques to help them manage and develop their projects. 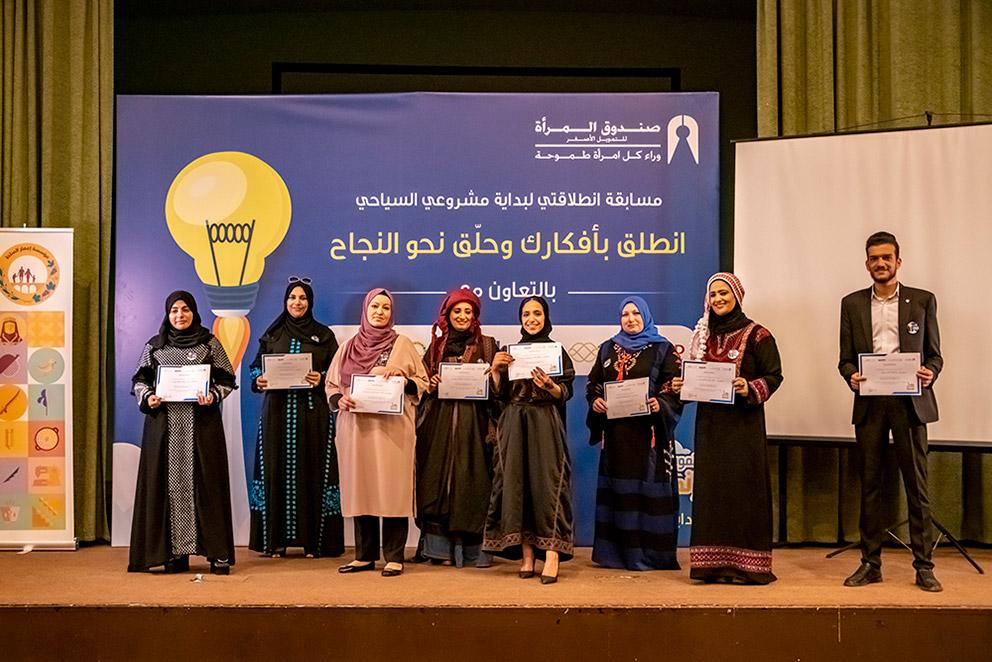